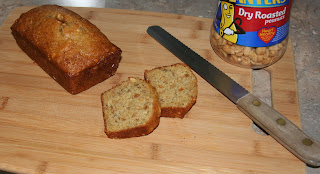 In case anyone missed me, I spent the past two months eating a lot of ramen noodles.  And, yes, I watched the video created by Dr. Braden Kuo of Massachusetts General Hospital, which points out how slowly processed ramen noodles digest once they hit the stomach.  For those hearing about this video for the first time, Dr. Kuo recorded the digestive process with a camera called a “smart pill” that he asked test subjects to swallow.  The camera, which is the size of a large multivitamin, then recorded the digestion of processed ramen noodles along side unprocessed fresh ramen noodles.  The processed noodles remained mostly intact after two hours, according to the research.
Since the video went “viral,” it naturally drew considerable response with comments from the absurd to flippant.  Plenty said they would stop eating ramen noodles altogether while others stubbornly refused to worry about it.  “If they take longer to digest that probably means you’ll stay full longer and eat less,” said one. Another person suggested simply chewing “your noodles better.”  Another opined that the noodles obviously digest eventually because “I don’t crap out ramen noodles.”  A considerable number of respondents seemed more worried about what happens to the “smart pill” than the noodles.
While Dr. Kuo did not relate what happens to the camera, he did admit that he could not conclude that slower digestion equates to harmful.  Of more concern to health officials is the chemical process that ramen noodles and many other foods undergo to extend shelf life.  That is another conversation we will not get into here.
Back to why I have been consuming so many ramen noodles.  Yes, they are cheap and that is always a concern in my life now that I am living off the government (Social Security), but it is more a matter of constrained time.  I spent the past two months cutting my 100,000-word history book manuscript to the publisher’s acceptable 40,000 words.  I can tell you it felt more like cutting my wrists and bleeding out (I hope CSI does not decide to break out the luminol in my office.).  I needed a lot of nourishment, but no time to cook healthy meals.
I did try to health up the ramen noodles by tossing the high-sodium flavor packet, adding a can of low-sodium, low-fat chicken broth and a half-cup of frozen vegetable to the bowl before zapping it in the microwave.  I figured that might help since ramen noodles in their original state offer little if any nutritional value.
After watching the video, I wondered what other foods test the endurance of the old digestive tract and I came across the peanut.  Peanuts, which are actually legumes, are filled with all sorts of good stuff like protein and essential vitamins like E and B, not to mention tons of fiber.  Still, many people have trouble digesting peanuts and consuming them can lead to all sorts of problems like “diarrhea, stomach cramps, nausea and vomiting,” according to livingstrong.com.  A possible solution is to eat peanuts in smaller amounts or mix them with other foods that you can digest easily—perhaps bananas.
When I came out of my office earlier this week, having sent the final manuscript off to the publisher, I noticed a lowly little over-ripe banana hanging from its holder and I thought instantly of my runner-up fast-food-go-to-meal, a peanut butter and banana sandwich.  The resulting recipe made two mini loaves of banana-peanut bread, one for the freezer and one to eat a slice or two of while still warm from the oven.

Directions:
1.     Preheat oven to 375°F.
2.     Prepare two mini-loaf pans with non-stick spray and set aside.
3.     Whisk dry ingredients together in a bowl.
4.     Mix mashed banana, slightly beaten eggs and oil together and add to the dry ingredients.  Stir until well combined, but do not over mix.
5.     Fold in chopped peanuts.
6.     Pour mixture into two prepared mini-loaf pans and bake 20-25 minutes or until a toothpick inserted in the middle of each loaf comes out clean.

Note: Those who have trouble digesting peanuts can substitute walnuts or pecans.