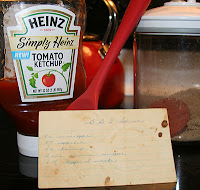 “What do you think of skating bears?”  That question, from a dear friend, began a column I wrote in 1991 following a weekend gathering with “girlfriends” in Colorado’s high country.  Betty died a couple of years ago from a brain aneurism, quickly and much too young.  Her younger sister, Faye, also a life-long friend, brought a copy of the column when she visited me recently.  We spent the weekend as usual, talking, remembering and laughing.  I waited until she left to read the column, knowing I would cry, which I did.
My response to Betty’s question was: “I think those animal activists get a little too radical,” which leads me to believe that animal activists of the day may have been protesting skating bears.  This is only a guess, but my next comment put Betty smack in the thick of things: “Betty threw her hands on her hips and stared me down with a grin I’ve known since the big issues were heart throbs, tight blue jeans and customized Fords and Chevrolets.”
The column went on:
Faye and I exchanged a look that said: “We love her anyway,” and we continued down the road basking in the brisk mountain air and friendships grown stronger over time.  There’s something invigorating and yet calming about both.
Faye, Betty and I go back to days of youthful expectations centered on societies design for happiness: love, marriage and children.  Over the years we’ve each strolled our paths, finding disappointments in that design and healing strengths in our ability to adapt and go on.
Perhaps it is because of those forced concessions that we grew into who we are today.  Or maybe it is whom we were, common in stubborn determination that allowed us to fight the winds and continue to reach toward the sky.  No matter, we share a common kinship cemented long ago and erected over time.
After re-reading the column, I sat back, closed my eyes and tried to recapture Betty’s face.  It came to me in that moment, eyes dancing like a skating bear and wearing her trademark grin, which always made the one she directed it at feel properly put in place but glad of heart.
The column ended with these words: Friendship is like a remembered and cherished grin that draws love’s emotions and allows our acceptance of the other.  It’s invigorating and calming in moments when we least expect it.
Funny how thoughts of a particular person tie us to memories of food.  Thinking of Betty, reminded me of a time, more than 40 years ago, when she prepared a barbecue at her house in Salina, Kansas.  She grilled hamburgers and dressed them with a sweet barbecue sauce made from scratch.  Afterwards I requested the recipe and she wrote it out on a 3”x 5” index card.  I made the sauce several times then stuffed the card away in an old brown index box I inherited from my Aunt Myrt.
After Faye and Montana, the Saint Bernard she inherited from Betty, left my house on Sunday, I retrieved the brown box and found the card, yellowed with age, spotted with ancient barbecue sauce and written in Betty’s tiny but precise and curly style.  Each line straight, each letter perfectly formed, each curl added with a slight, non-pretentious flare.  No directions, just the ingredients; Betty gave me credit for knowing how to put it together.
Betty’s BBQ Sauce
Ingredients (per Betty):
1 Cup cider vinegar
1 Tablespoon garlic powder
4 Cups Catsup
2 Pounds brown sugar
1 Tablespoon liquid smoke
Directions (per me):
1.     Place all ingredients in saucepan and cook, stirring constantly, until sugar dissolves, 3-4 minutes.  Continue cooking and stirring 1-2 minutes longer.  Store any left over sauce in refrigerator.
2.     Grill or fry hamburgers to desired doneness and toast hamburger buns.
3.     Spread 1-2 tablespoons warm sauce over hamburger meat and top with chopped cabbage.
Chef’s note:  Use this sauce in place of purchased barbecue sauce when grilling chicken or ribs.  However, cook meat until done first and then lightly baste with sauce for the last minute of cooking to prevent burning.  It is sweet so a little goes a long ways.
Posted by Solo Food Funk at 8:42 AM No comments:

Recently I came across a chicken recipe that called for raspberry vinaigrette.  Since I rarely purchase ready-made vinaigrette of any type or flavor, I bulked at the idea of buying a bottle just to make this dish.
A number of reasons not to purchase vinaigrette, beyond having another bottle of something strange floating around your refrigerator door and that it is so easy to make, come to mind.  If you read labels, which I do, you find water listed as the first ingredient in most processed vinaigrettes.  Next comes various types oil and, in the case of raspberry vinaigrette, the list includes such things as corn syrup and sugar.  Somewhere down the list of ingredients, you find raspberry juice concentrate and/or other artificial flavors.  The lengthy list goes on with some items just as hard to pronounce as they are to invision, which makes one wonder why something that sounds so simple should be so complicated.  I concluded that it should not and, since the raspberry bushes located in my back yard produced nicely last summer, meaning a large bag in my freezer, I had the resources.  Even those without backyard bushes can find frozen raspberries at most supermarkets.
I checked out a number of recipes for raspberry vinaigrette on the Internet and found most called for ingredients such as maple syrup, Dijon mustard, soy sauce and or various herbs that seemed flavor intrusive to me.  Raspberries need no assistance in the flavor department, in my opinion, so I set out to make a simple refreshing vinaigrette that worked well in my recipe and doubled as a nice, lite but flavorful dressing for greens.
Raspberry Vinaigrette
Ingredients:
½ Cup white distilled vinegar
½ Cup fresh or frozen raspberries
½ Cup extra-virgin olive oil
½ Cup honey
Directions:
1.     Place vinegar and raspberries in small saucepan and bring to boil.  Remove from heat and allow to steep until completely cooled, approximately 30 minutes.
2.     Strain vinegar through mesh strainer and press to remove seeds.
3.     Whisk in oil and honey.  Store in refrigerator.
Raspberry Chicken with Caramelized onions
Ingredients:
½ Skinless, boneless chicken breast, cut into bite sized pieces
Freshly ground black pepper to taste
2 Teaspoons olive oil
¼ Medium onion, thinly sliced
3 Tablespoons raspberry vinaigrette
1 Teaspoon soy sauce
¼ Teaspoon minced ginger
1/8 Teaspoon dried rosemary
1 Serving of cooked rice
Directions:
1.     Sprinkle the chicken pieces with pepper and set aside.
2.     Heat oil in skillet over medium heat and sauté onion until golden, 8-10 minutes.  Using a slotted spoon, remove caramelized onions from skillet, leaving any remaining oil and set aside.
3.     Add chicken to skillet and sauté until no longer pink, 3-4 minutes.  Remove from skillet and set aside with onions.
4.     Add remaining ingredients to skillet and bring to boil.  Cook, whisking constantly until sauce thickens, 2-3 minutes.
5.     Return onion and chicken to skillet and continue cooking until heated through, 1-2 minutes.  Serve over rice.
Posted by Solo Food Funk at 11:09 AM No comments: